Support
Your Account
Track Order
Basket
You are here: Home › General › How often do you get distracted working from home? 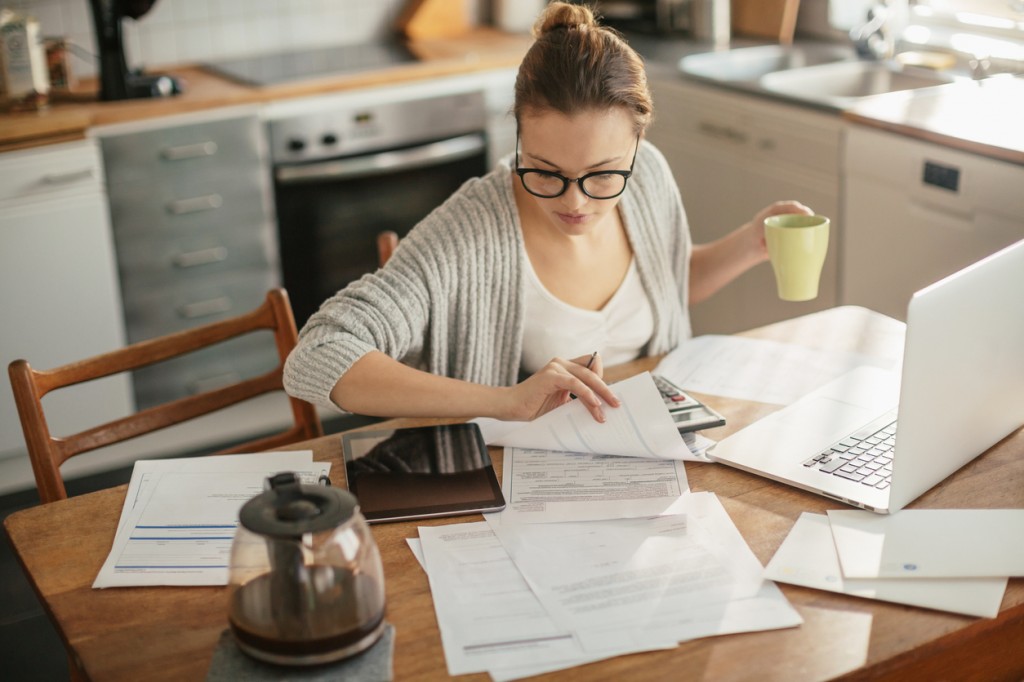 Do you ever find yourself distracted when working from home? You’re not alone!

Our recent survey discovered that a massive 90% of people that work from home admit to being regularly distracted, with 7% of people being distracted over 15 times every day.

With an estimated 4.2 million UK people now working out of the office, not being able to keep an eye on remote workers is becoming increasingly worrying for business owners.

To get to grips with how and why we get so distracted working from home, our latest survey broke down the number of times, reasons and our habits when working out of the traditional office.
We found that women are more likely to work from home every day, whereas men are most likely to only take the opportunity at least once month. 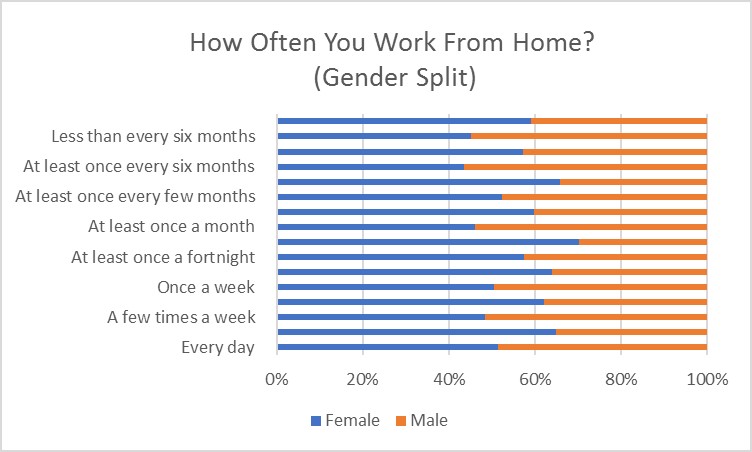 Shockingly, over 5% of those surveyed said that they’re contracted to work over 9 hours per day whilst 8% said that they work less than four hours throughout the day. The average turned out to be 6.56 hours of contracted work, making it a substantial difference to the typical 9 to 5 working day! 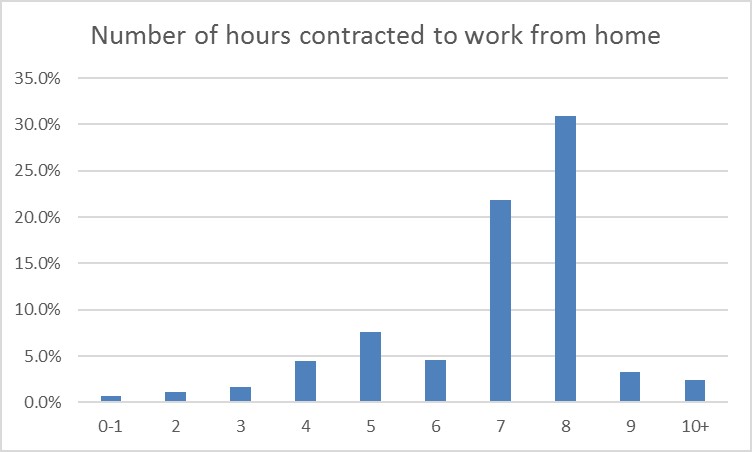 Despite this, 40% of people admitted to not feeling as productive working from their home as they do in an office environment.

Shockingly, 35% of workers admitted to being so slack that they don’t even bother getting changed when working from home, and 29% expressed that they tend to work from the comfort of their own bed.

The biggest culprits that admitted to ploughing through the working day without leaving their bedroom were the younger generation, with 54% of people aged 18-24 voting that they work from this environment.

32% of people over the age of 55 admitted that they regularly worked with the TV on; another benefit of working from home that you wouldn’t experience when working in an office! 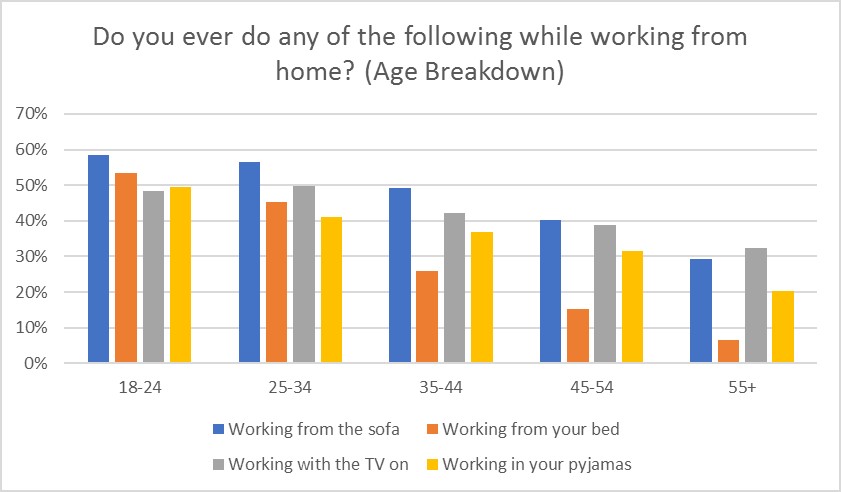 Considering the amount of times that we get distracted throughout the day, it’ll come as no surprise that browsing the internet was voted as the biggest time-waster by 57% of people.

Our survey revelated that people in Aberystwyth were the biggest internet browsing culprits, with 100% of those surveyed saying that it’s an activity they do when they should be working.

The other activities found to be a distraction for home workers was checking social media and watching TV, with 39% of people surveyed admitting to both of these activities. 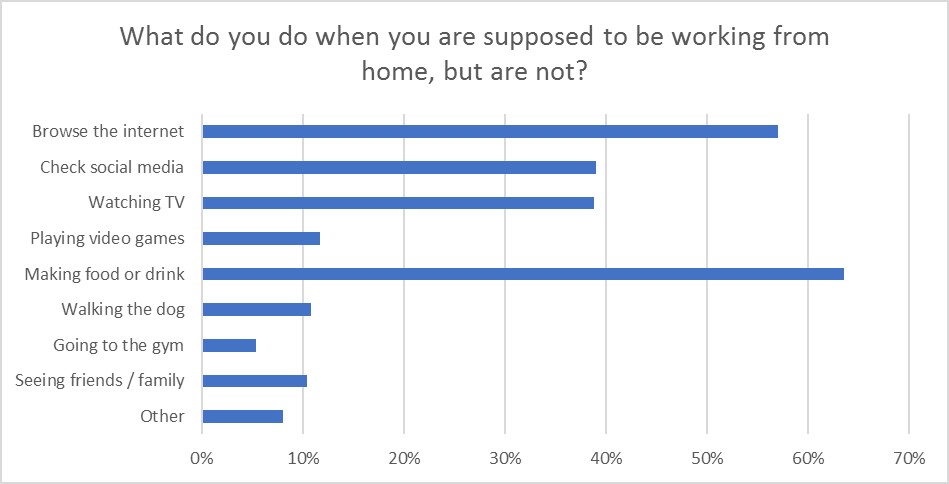 Working from home gives people much more flexibility with hours, considering issues with childcare. But employees must give something back for being allowed to work at home.

If you really think your employees are not working unless you are over their shoulder, you may need to have a good look at their output or consider more time spent in the office. It can be difficult for an individual to motivate themselves when working in a relaxed environment, and interaction with other people can be a driving factor behind their motivation and promotes an increase in productivity.