Support
Your Account
Track Order
Basket
You are here: Home › When will you be able to retire? A quarter of millennials believe they never will

With the minimum contribution for workplace pension schemes increasing to 3% this year, saving for retirement has put a strain on some UK workers’ pay packets.

We wanted to find out how much employees are thinking about their future, and what the current attitudes are towards their retirement.

Surveying 2,000 18-35-year old British workers, our research revealed that almost a quarter of millennials (24%) believe they will never be able to afford to retire, while the same amount worry that they’ll have to continue working in some capacity, even after they’ve retired.

It seems that 18-35-year olds just aren’t making enough money to be able to save as much as they’d like to, with 19% admitting they can’t afford to invest in a pension.

Our research found that millennials’ ability to save has been cut in half by the compulsory order to contribute to a workplace pension scheme, with the average 18-35-year-old saving just £126 a month and putting the same number of pennies into their pension pot.

How much money do you save a month, excluding pension contributions? (in £) 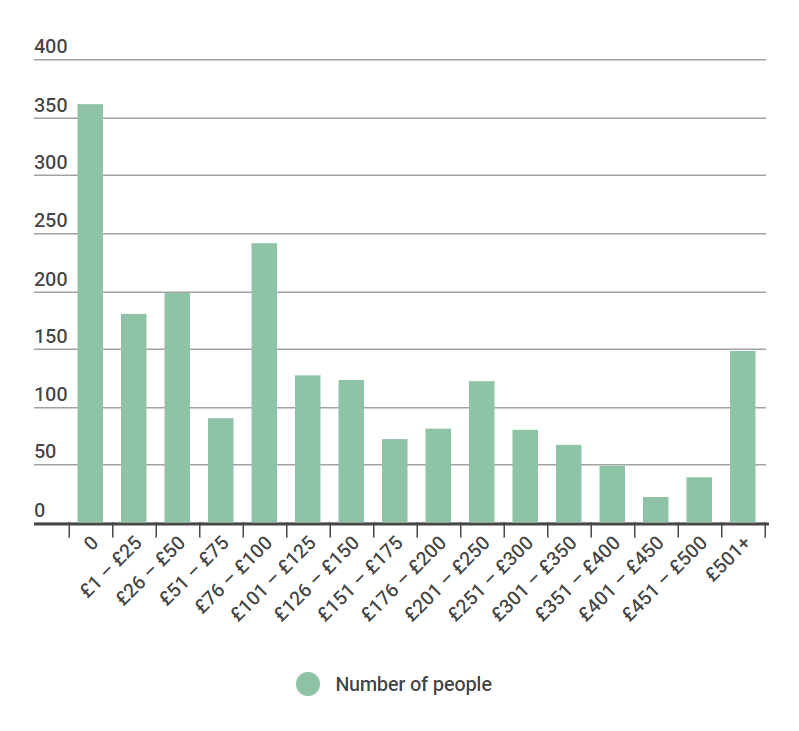 This leaves 18% of millennials unable to save any money outside of their pension contributions.

Perhaps the most shocking revelation we discovered is that a fifth of those surveyed don’t think the state pension will be on offer when they reach retirement age. This means they could be missing out on £8,546.20 per year.

We also found that despite being enrolled in their workplace pension, almost a third of millennials are still living with their parents.

And it doesn’t look like this living situation is a short-term solution as 15% admitted they believe they’ll never be able to afford their own house.

There seems to be a lack of education around pension and employer contributions, with 21% of confused respondents stating that they don’t understanding how their pension works.

Alongside this, nearly half (45%) of the UK workers we spoke to don’t know how much money they will have saved in their pension when they retire.
When asked to estimate, the average millennial expected their final pension pot to contain £226,803.

How much money do you expect to have saved in your pension pot when you reach retirement age? (in £) 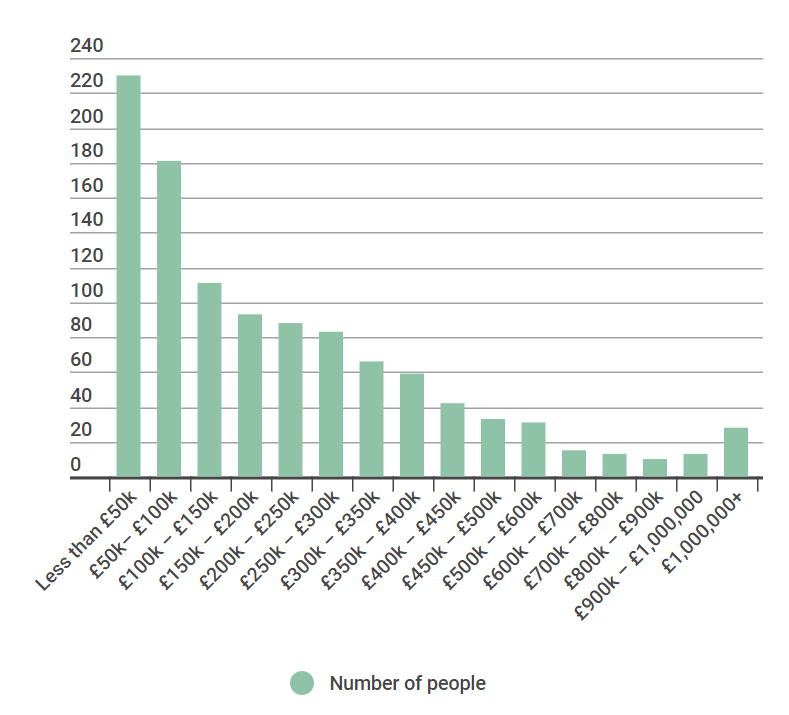 When it comes to preparation for the future, it appears men are more organised with a larger number of males contributing higher amounts to their pension every month.

Alongside this, 21% of women admit they aren’t even enrolled in a pension scheme, compared to 16% of men.

How much do you pay into your pension each month? (in £) 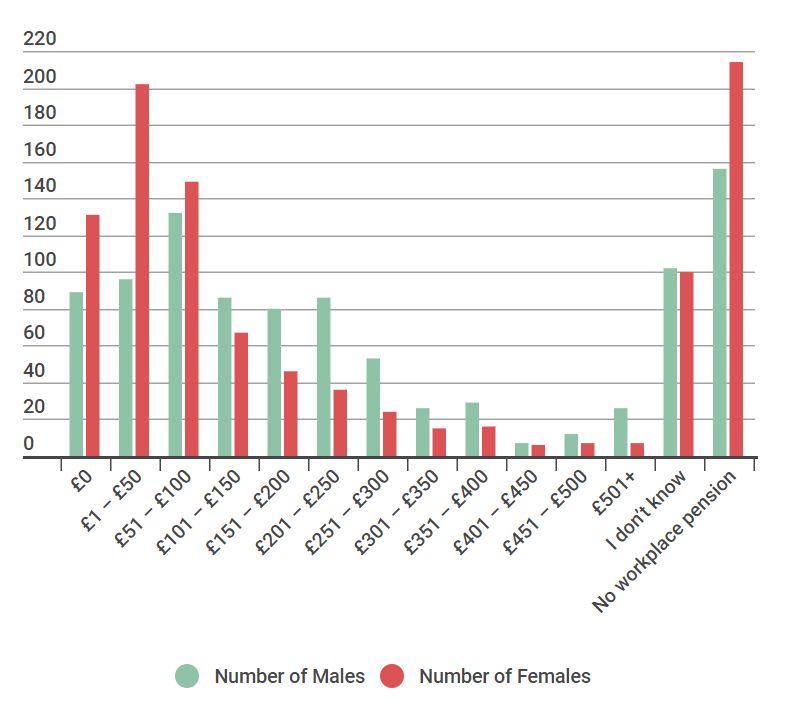 While millennials are aware of pensions, and understand they should be investing in them, some important details are still misunderstood.

Researching and becoming educated in these details may be the next step for this generation.