Support
Your Account
Track Order
Basket
You are here: Home › Technology › The History of the Laser Printer 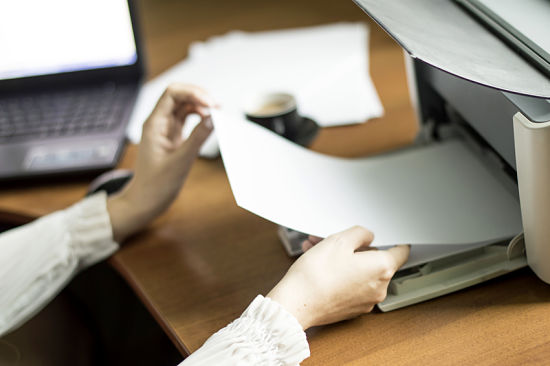 From humble beginnings, laser printers have evolved into one of most popular printing technologies – used for a wide range of purposes all around the world. Here, we explore the history of the laser printer, from its origins to its important position in modern printing.

The same year that man landed on the moon, the first designs for a laser printer were developed by Gary Starkweather, at Xerox’s research facility in New York. Starkweather is credited with creating the first fully-formed concept of using a laser to recreate an image on a copier drum to print onto paper.

The original laser printer was known as EARS, and was completed in Palo Alto, California. This machine later became the Xerox 9700 Laser Printer.

The first commercial laser printer was released by IBM in 1976. Designed for data centres, the IBM 3800 replaced line printers and was capable of a high volume of printing – offering speeds of 215ppm.

A year later the Xerox 9700 was finally released, although this machine was not targeted towards any specific audience or purpose. The printer was better-suited to printing high-value documents on cut-sheet paper with changing content.

Japanese camera and optics company, Canon, joined the party at the end of the 70s, creating the world’s first desktop laser printer. The Canon LBP-10 was designed to be a more affordable option for specialist businesses. The company then created the Canon CX, a much-improved print engine, and partnered with both Hewlett-Packard and Apple Computer.

The Xerox Star 8010 became the first laser printer designed for office use – revolutionising admin jobs around the world.

The latter was the first printer to be released for the mass market. The hugely successful range remains popular to this day, with the company releasing the most recent model in November 2013.

The LaserWriter from Apple became the first range of laser printers to adopt the newly-released PostScript page-description language – helping to uniform computer language and fonts. This helped kick-start the technology for producing more affordable and commercially-viable laser printers.

The first laser printer for under $1,000 was released – the HP LaserJet IIP.

Apple releases their first ever colour laser printer: the Color Laser Printer 12/600PS. The unit used a Canon-based engine and cost users upwards of $7,000 (with inflation today – $11,000 or £7,100). Just 20 years later, Printerland stocks high quality colour laser printers for less than £100, demonstrating how far the technology and industry has progressed.

In 2000, Xerox introduced solid ink printing to their line of office and home printing supplies. Derived from laser printing technology – the innovation was produced to reduce the amount of wastage produced when replacing depleted ink cartridges. The technology can also accommodate the printing of highly-detailed vibrant images thanks to method by which the ink is administered to the page.

For a full range of laser printers from the world’s top brands and manufacturers to suit a wide selection of needs and budgets, visit the Printerland laser printer page or call our dedicated team on 0800 840 1992.