Purchase this Xerox printer and claim £40 Cashback from Xerox.

Purchase this Xerox printer AND a CMYK toner pack to claim £80 Cashback from Xerox.

Please Note: This offer applies to non PagePack configurations only and may not be used in conjunction with any other Xerox offer.

Purchase a full set of toner (colour models) or a black toner (mono models only) in the last 6 months of its existing warranty, and you can extend your printer warranty coverage for another year for free.

Continues for a maximum of 5 years for the eligible device.

A Xerox engineer will attempt online/phone diagnostics . If this fails an onsite engineer visit will be arranged at Xerox's discretion

For instructions on how to register please click here 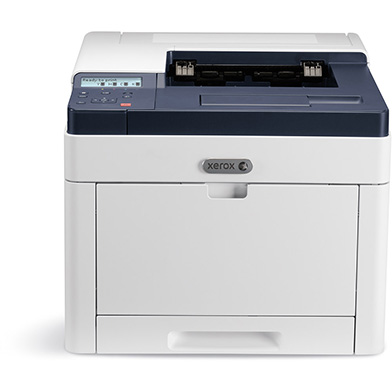 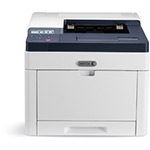 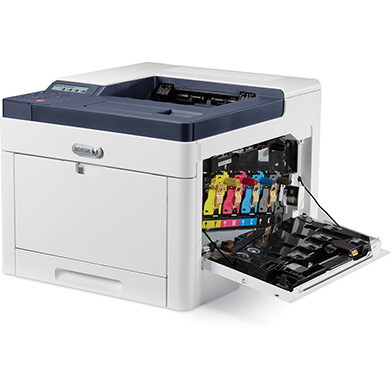 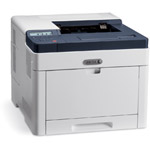 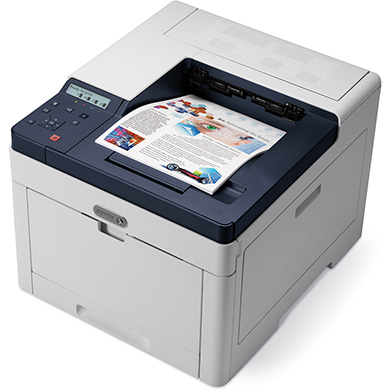 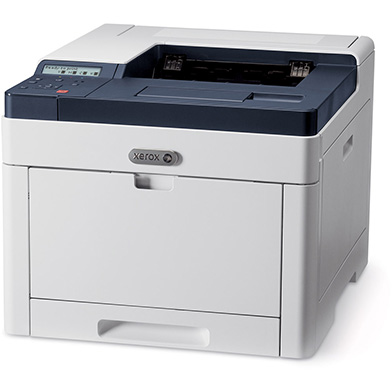 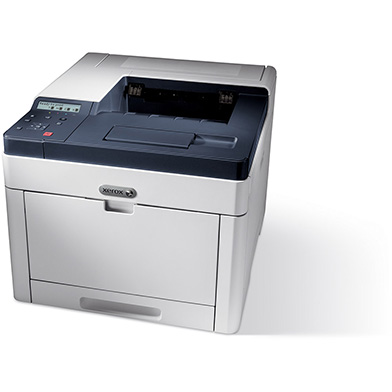 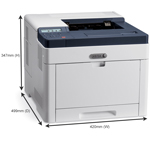 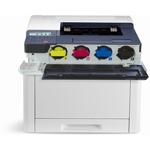 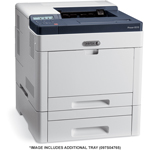 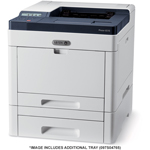 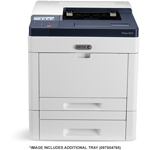 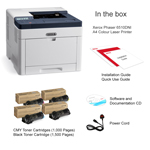 The Xerox Phaser 6510DNI A4 Colour Laser Printer is capable of printing up to 28 pages per minute in both black and white and colour settings. It's also a resilient option, as it is able to print documents using its mono supplies when it has run out of colour toner. This significantly reduces the risk of downtime when supplies start to run low. It is also capable of automatic double sided printing, meaning that you could cut the amount of paper that you use in half, compared to a printer that is only capable of single sided printing.

As well as the traditional networking protocols, the Xerox Phaser 6510DNI A4 Colour Laser Printer supports Apple's AirPrint and Mopria. This means that it's easy to print a document from an iPhone, iPad or Android device that is connected to the same wireless network as your printer. It also makes it easy to setup PCs and Macs on your network, to print from your Xerox Phaser 6510DNI A4 Colour Laser Printer without having to install specialist drivers, something that will make life much easier for any visitors to your office who want to print documents.

These features and the reliability of Xerox make this printer an ideal choice for a growing office. Its fast performance, networking abilities and support for duplex printing means that it will be able to support your business as it grows. 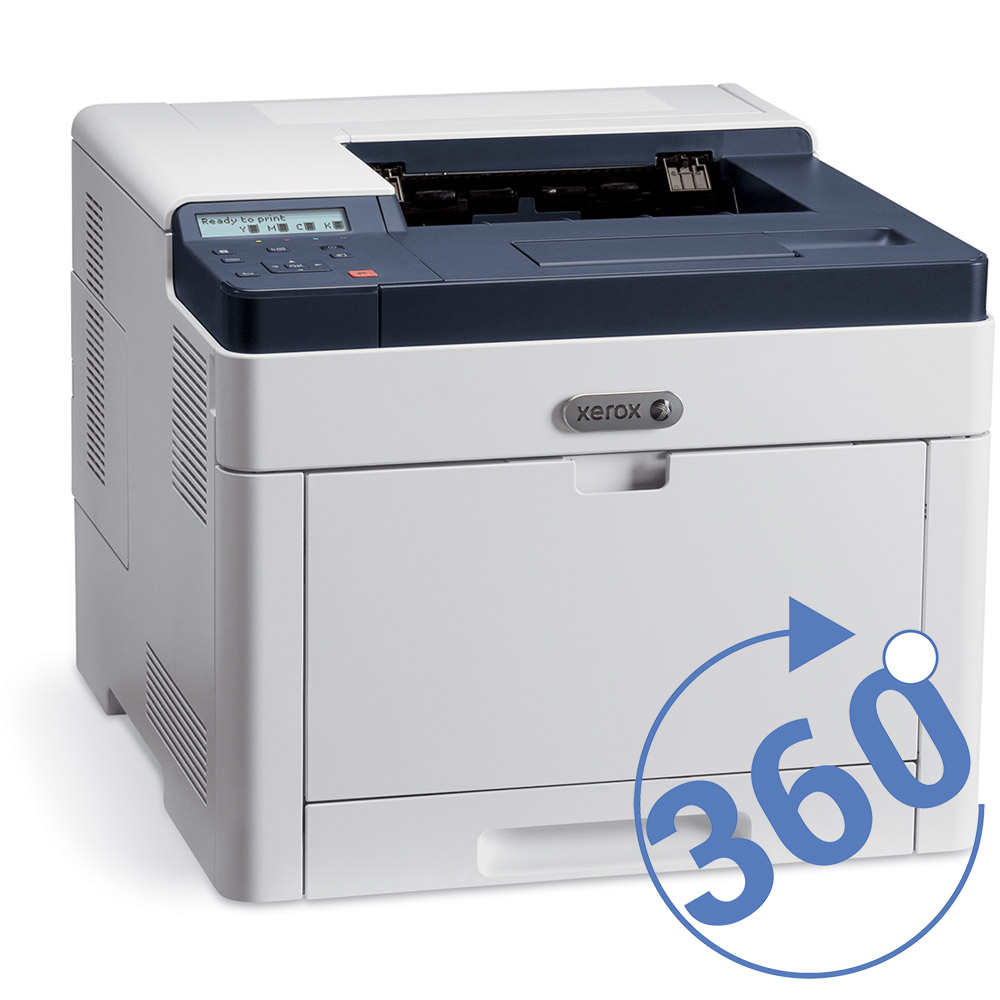 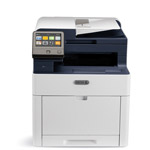 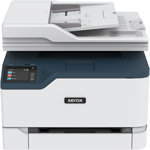 Based on 39 Customer Reviews

Write a Review
Amy
Outstanding Customer Service
We have been dealing with Printerland for over two years now and every experience is a pleasure. Their knowledge and helpfulness is second to none. As a result we would never go anywhere else.
Gordon
Xerox Phaser 6510DNI
Find the Wifi connection sporadic and have now had to use a cable connection for reliability. When the printer is switched on each time it prints a statistics sheet quite frustrating Print quality generally okay but have a line which prints on every page and have not yet found a solution to resolve this.
Printerland Response: Hi Gordon, thanks for your review. We are sorry to hear about the issues you've been experiencing with your new machine. I can confirm a member of our Customer Service Team is looking into this in order to resolve these issues. Kind Regards, Printerland.
Graeme King
Out of the box the Xerox wifi adaptor would not attach
I am somewhat frustrated by this. The wifi adaptor that comes with the printer needs to be plugged in. It should be really easy but I was annoyed to discover that the usb connector inside the printer into which the adaptor should fit was itself broken and loose moving around a little . It would not have taken much for them to have checked this was working before shipping it to me. I now have to wait several more days to do the print job and I also have to repackage it. It is late and I am not pleased
Printerland Response: Hi Graeme, we are very sorry to hear about the issue with the wi-fi adapter. I can confirm that our Customer Service Team are looking into this in order to resolve the issue as soon as possible. Kind Regards, Printerland.
Meg Bilson
Great small business printer
We're a small business who previously have used inkjet printers but really pleased we've made the swap to laser. Really easy to set up. Great print quality really vibrant colour. Quick to print by wi-fi. Like how additional paper trays can be added so as we grow the printer can too We use the bypass tray for printing shipping labels - again pretty simple to use just set it us as the default tray meaning whenever you put labels in it uses the bypass tray if there is nothing in the bypass tray it then uses the main tray. Main paper tray has a reasonable capacity don't feel like I'm filling it up every other second. A driver CD was sent with the printer although not sure why as software can be downloaded easily from the Xerox website we use iMacs without CD drives so the CD was pointless Overall really pleased with the printer.
Ballal
Phaser 6510
Very fast delivery even up to the Scottish Highlands. Had an issue with the power cable was sent out a new one very quickly. Great customer services. Good range of printers. Printer itself seems like the right choice fast crisp prints but very heavy and bigger than my inkjet. Would certainly user Printerland again.
Product FinderHide x