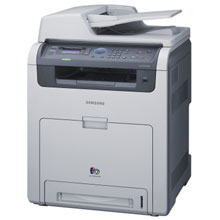 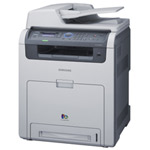 Based on 8 Customer Reviews

Write a Review
LJ LONG
Unreliable
Was offered with a 3-year parts and labour warranty from this manufacturer, which was registered on-line as advised by Printerland.The machine has so far had six or seven engineer visits due to mechanical, hardware and software problems, including a new motherboard being fitted within weeks of the machine arriving.Problems reported to Samsung for support are usually met by obstructive replies, asking for the email address from which I had sent my request, or the date of purchase as above, and general reluctance to send out an engineer with up to 2 weeks of prevarication first. Samsung have now stated I do not have any more than a one-year warranty, and have resorted to telling untruths as to previous service requests when I mention them in support of latest request for support. Unacceptable and dishonourable from a major Company.
Laurie
Printer
Love it!
Martin
Crooked printing
It printed crooked from the day we got it - the print always slopes to the left and it is visually obvious but aparantly it is in tolerance and therefore acceptable. Fortunately Samsung has agreed to refund me as they cannot guarantee another printer would be better. It also folds over the corner of every page when duplexing which I think is part of the reason they agreed to replace it else I would be stuck with a printer (that has acceptable print quality according to samsung) that I cant use.
Rohit Patel
Review of CLX-6250FX
This product exceeded our expectations in its performance. It operates efficiently and can be used with little difficulty. Furthermore, the printer is versatile and has the ability to perform numerous functions. Considering all of this, the price of the product gives you value for your money and I would highly recommend it.
Rohit Patel
Review of CLX-6250FX
The photocopier has performed beyong expectations, it has been reliable over the past few days and has been able to print large copies of paper within a relatively short time frame. Given the nature of my work, where lots of photocopying is required, I would fully recommend this product to other companies that require a versatile, efficient and high quality produt for a reasonable price.
Product FinderHide x