You are here: Home › General › Have you ever indulged in an office romance? 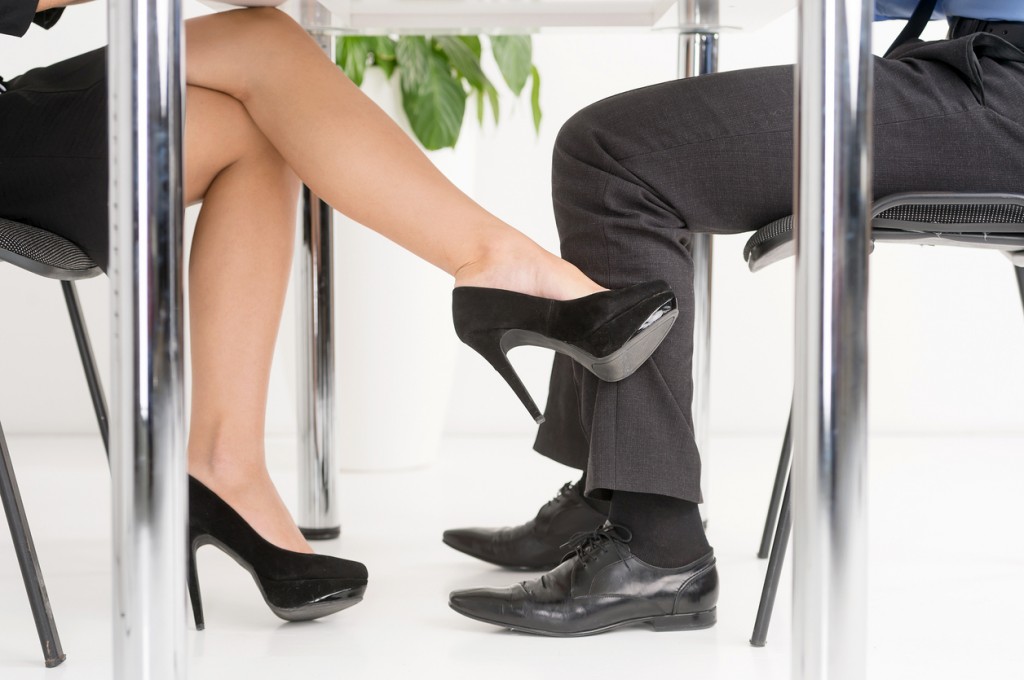 Have you ever taken an eye to one of your colleagues?

Well it turns out many of us have, with almost half of UK office workers admitting to fantasising about having sex with a co-worker.

Out of these respondents with a dirty mind, just over a tenth (11%) want to sleep with their boss, whilst over two fifths (42%) want to get into bed with either a colleague or a client. 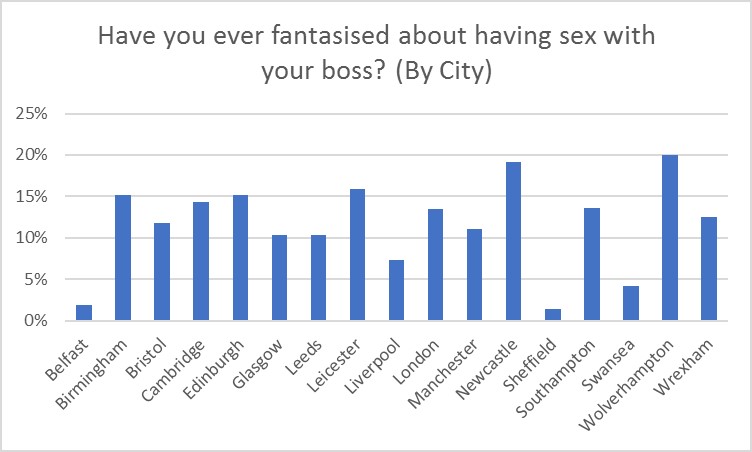 This was all uncovered in our new survey, which also found that a quarter of UK staff have slept with a workmate, and a scandalous 30% have openly admitted to having an affair with a colleague.

Workers coupling up is massively influenced by drunken nights outs and a flirt on social media, but most colleagues looking for love tend to make their advances in the break room.

Many UK office romances come with an air of deceit, with 30% of those who have had a work relationship starting one when they’ve either been dating, already married or engaged. 3% of those also admitted to being recently divorced when they began an office relationship.

Office lovers across the country are aware that their relationship is a risk, with 43% keeping it under wraps out of fear of losing their job, whilst around two fifths (38%) couldn’t help but spill the gossip to a select few around the office.

Out of the quarter of respondents who have been in an office relationship, around two fifths (39%) have gotten hitched, proving that some work love affairs are more than just a fling. 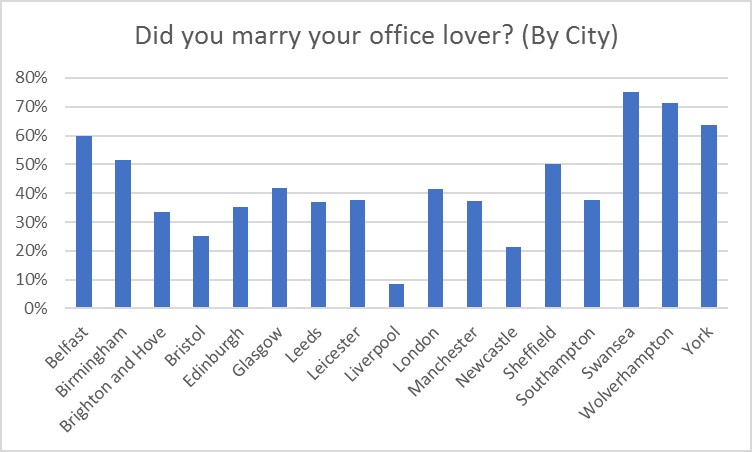 When it comes to gender differences, many male office workers can be left frustrated, with 62% of them admitting to desiring a work colleague, compared to just around a third (34%) of females. Despite wanting a workplace relationship less, female employees are more open with their love life with only 39% of them keeping their relationship under wraps, compared to 48% of men.

Men were also revealed to be the most likely to cut ties with their colleague, largely due to the fact that they don’t want to date someone they’re working with.

Respondents from Sheffield were found to have the most luck when it came to romancing a colleague, with just under a third (31%) claiming to have slept with a workmate. Those from Aberdeen were revealed to be the least lucky, with only 8% of survey respondents claiming to have had sex with a fellow staff member. 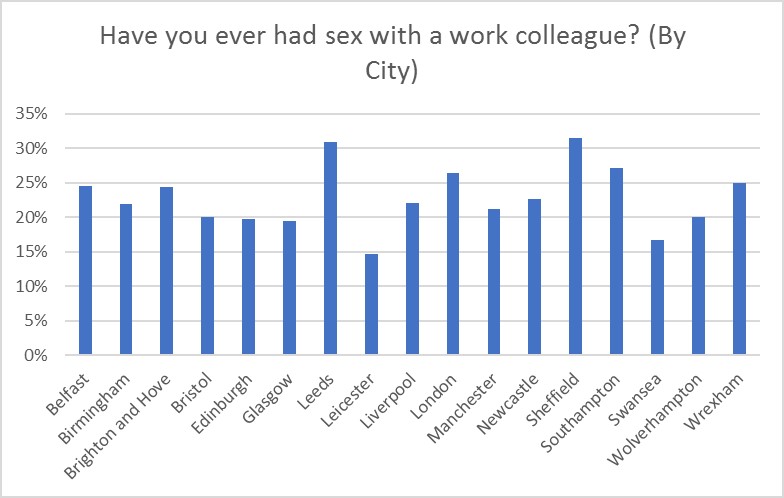 Most office romances are not for the long term, as we discovered that the average workplace relationship lasts for only 11 months.

Working so close with colleagues can certainly make it easier for love to blossom, however it’s very important to remember that when your relationship is brought into office life, things can get messy.

It may not be long before us Brits take a leaf out of America’s book, where businesses make employees enter a ‘love contract’, in the hope of avoiding a sexual harassment lawsuit if the relationship ends on bad terms.